LEAD is important to the community

As one of our members remarked, "Working with this congregation-based community organization has helped me understand the overwhelming cry of the Bible for justice and the need to build people power to make systemic change" joining LEAD will give you a new perspective on Justice.  LEAD has been a powerful influencer in the Dayton community to bring about much needed change.  Read more below and learn how LEAD has impacted each of these individual's lives, as well as their community! 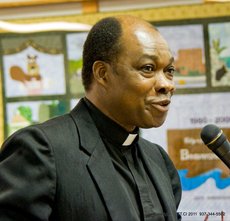 The Spirit of the Lord GOD is upon me, Because the LORD has anointed me To bring good news to the afflicted; He has sent me to bind up the brokenhearted, To proclaim liberty to captives And freedom to prisoners; Isaiah 61:2- New American Standard 1995. This reading was read during my ordination and has been the driving force behind everything that I have been doing in my ministry as a priest; a call to share in the mission of Christ, which is Love, Peace, Kindness and selfless life.

For some time before becoming a member of LEAD, I have been engaging in works of Mercy through organizations like Caritas, St. Vincent the Paul and its kinds in Africa. My question has always been, "When will poverty go away  what has been some its root cause?" One head organizer helped me understand that in more practical way after attending a clergy conference on Justice and Peace and putting them alongside with Catholic Social teachings, I couldn’t help but join LEAD and asked my Parishioners to be part.

LEAD is truly the answer to uproot Poverty in our community: Dilapidated Buildings being renovated or pull down to give way to new ones making the community look better; Advisory Committee established by RTA, Detox gap for Drug addicts narrowed up and strategic plan put in place to help those in need; Legislative Passed to put a cap to the escalating interest put on Payday lending; Bus route to Beavercreek for access to job, health and Education; Ex-offenders getting jobs because of ban the box; fair wages to construction workers and better future for kids' education; all these were possible because LEAD spoke out and set free who were captivated by the system. Who would have been following up with politicians if LEAD is not doing it?
LEAD helps me fulfill my vision into the priesthood; The Lord has anointed me to bring good news to the afflicted; “He has sent me to bind up the brokenhearted, to proclaim liberty to captives and freedom to prisoners;” (Isaiah 61:2- New American Standard), and that is why I will forever engage in the works of LEAD to let justice take the LEAD. Let Justice take the LEAD!!

I have passionately joined hundreds of Montgomery County citizens in some version of the chant “Let Justice Take the LEAD!” for over 20 years.  Working with this congregation-based community organization has helped me understand the overwhelming cry of the Bible for justice and the need to build people power to make systemic change.

Examples abound of how the work of LEAD has resulted in improved neighborhoods, better payday lending practices, and public transportation to suburban jobs.

As I look back over my adult life, my years in LEAD have been a very fruitful and exciting investment of time and energy.  I thank God for LEADing me to this invaluable work of the church. 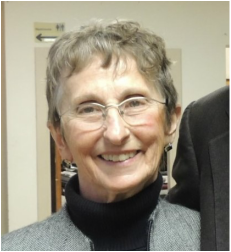 I got involved with LEAD in 1992 when it was just forming in Dayton. I didn’t know a lot about community organizing, so it was all new to me.
The first big project I worked on was the Miracle Lane Shopping Center.  We were trying to get the owner to upgrade it, since most of the stores had moved out.  The community remembered the “good old days” when there were lots of stores to fill the needs of the nearby neighborhood.  We did get the owner to demolish the buildings but we weren’t successful in bringing back the area to a viable shopping center.
That experience sold me on the idea of the power of the people and working together with other churches/neighborhoods.  I saw that people power was strong and effective.  And I saw that LEAD was the only organization truly working for social justice in the Dayton area.
The success of getting bus stops in Beavercreek was so empowering and fun.  The other members of LEAD are so devoted and well trained.  We work so well as a team and are united in our quest for justice.  What a powerful tool we have in LEAD.  I’m hooked on it. 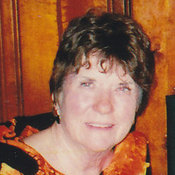 First Baptist Church of Dayton has been a member of LEAD for nearly 20 years. Forging with those of the many LEAD faith group members has shown me their focus and dedication.  Elementary school literacy and accessible public bus service seem unending work.  LEAD has led that work. Rewarding has been seeing progress – excellence in administration and teaching, subsequently interest to learn and learning in the lowest performing school in Ohio‘s lowest performing district.  Rewarding was the U.S. Federal Highway Administration decision in favor of LEAD’s complaint that, per Title VI of the United States Constitution, it is discriminatory for public buses to not be allowed on federally funded public roads.  Fighting for justice - together and individually, seeing rewards, this is the path of LEAD.  How lucky is Dayton to have LEAD’s work on this great journey! 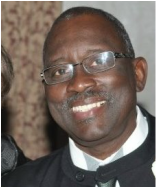 I have discovered, as a pastor, that God uses many and various things, people and events to prepare you to lead his flock. I have benefited greatly through the Providence of God in being a member of LEAD.

It has provided education and methods that bring clear understanding to the ministry at Bethsaida that deals with the community ills and injustice that plaques us.

The power of discipleship has been enhanced at Bethsaida because individuals not only understand their responsibility to bring justice to our communities, but most important they they are experiencing the results of the power of unity throughout the faith community. 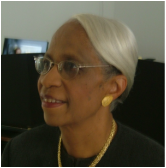 LEAD is important to me and to the other members of the Zion Baptist Church family for several reasons. First, we are told to do justice, and LEAD, through its training, enables us to identify issues and to work for a greater degree of justice. Second, we are told that God has made of one blood all nations of men. LEAD brings together people of different backgrounds, united in a common cause. Third, the work we do, such as getting the RTA buses into Beavercreek and providing access to jobs, education and shopping, has a positive impact on many people, including those in West Dayton, where Zion is located.
LEAD has provided an opportunity to work with an interfaith and inter racial community of people who are committed to working together for a greater degree of justice in the greater Dayton area. 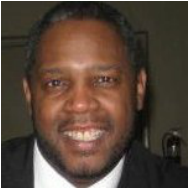 I have had the great honor to serve as LEAD’s President from 2011-2013 alongside a team of talented, dedicated members. As one of several congregations, Macedonia’s involvement with LEAD over the last decade has provided growth as well as great reward for our church, the surrounding community and me personally.

Each of us witnessed the continued transformation of our city and her surrounding municipalities via local and national collaborative efforts that gave rise to ordinary citizens receiving the power to influence local decision makers to act appropriately to make necessary changes in policy that truly benefit all citizens in this part of the State of Ohio.