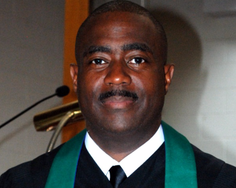 Reverend Dr. Rockney Carter, President
Rev. Rockney Carter currently serves as the Senior Pastor of Zion Baptist Church in Dayton, OH. Zion is the oldest African-American Baptist church in Dayton. Rev. Carter is a powerful, prophetic preacher who also leads and teaches in bible studies and discipleship development. He is currently ordained through American Baptist Churches, USA, and serves at the state level with American Baptist Churches – Ohio, where he was recently re-appointed to the Executive Board of Regional Ministries, and at the local level with the Dayton Area Baptist Association. He was just recently one of twelve pastors from across Ohio selected by ABC-Ohio to participate in its initial ‘Pastor Turn-Around’ initiative. He is active with community agencies and serves as Co-President of LEAD. He is also active within the West Dayton Lenten Caravan. He mentors to youth at DCDC and the Boys and Girls Clubs in Dayton. He is a former associate minister at Omega Baptist Church, where he studied under Rev. Dr. Daryl Ward and Rev. Vanessa Oliver-Ward.
He is a graduate of Middletown (OH) city public schools. He received a Bachelor of Science degree in Legal Administration from the University of Evansville (IN.) He recently received a Juris Doctorate degree from the University of West Los Angeles, School of Law, Los Angeles (CA.) He received a Master of Arts degree in Christian Studies from the Alliance Theological Seminary in Nyack, (NY.) He recently received his  Doctor of Ministry  at United Theological Seminary in Dayton, OH.
Rev. Carter is married to the former Ms. Dawn Wood and they reside in Dayton. 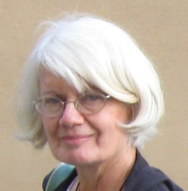 Marie Geisel, Vice President
Marie's interest in social justice problems began as a young child as she wondered why there was segregation in Dayton and never getting any real answers. As an adult, she has been involved with many efforts especially food/hunger and environmental policies. Marie has been a member of LEAD for about 10 years and has stayed with it because she believes in the power of organized people. It is an effective way for diverse congregations to work together while answering God’s call to do justice. It has been a blessing and enriched her life while getting to know so many wonderful people.

Marie has been a classroom teacher for decades and also worked as a liturgical music director. Now she teaches piano and voice privately allowing her more free time to pursue other interests such as her garden, ducks and dogs.  Marie and her husband, Gary have two grown children, Sarita and Micah. 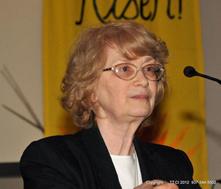 Sister Annette  Grisley, Secretary
Sr. Annette Grisley is a Franciscan Sister from Oldenburg, Indiana. She has been ministering as Pastoral Associate at Holy Angels Catholic Church in Dayton since 2002.  She is on the steering committee for the Association of Pastoral Associates in the Archdiocese of Cincinnati. Prior to coming to Holy Angels, she served as a Music Minister and Pastoral Minister for several years. Initially, she was an elementary teacher in Indiana and Ohio. She earned a Masters in Education from Xavier University and a Masters in Pastoral Ministry from St. Mary’s College in Minnesota.

Through a Rethinking Justice workshop in 2009 offered by LEAD, she and other members of Holy Angels joined LEAD and began growing a Justice Ministry. Since May 2012 she has served as secretary for LEAD.

Deborah Wagner, Treasurer
Deborah serves as the ministry leader for her financial team at church and serves as Administrative Assistant to a wonderful Pastor. Deborah is a mother of two grown sons and has 2 small grandchildren. Deborah works in the capacity of Sales Operations Manager at a large electrical distribution center in Centerville, OH.
Deborah's passion for LEAD developed as a direct result from her involvement through her church, Bethsaida Missionary Baptist.  She likes to say that she caught the LEAD bug at her first LEAD Caucus.  It excited Deborah to be involved in the issues voting process.

God calls us to do justice and LEAD serves as that avenue to impact change in both the political process and in society. Deborah believes that she is a child of God and God is the head of her which is why she serves. LEAD is one of the avenues she chooses to serve in. To God be the Glory. 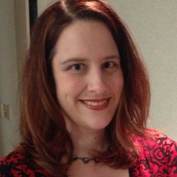 Reverend Tracy Paschke-Johannes, Head Organizer
Following 8 years of serving as Pastor of Holy Trinity Lutheran Church, Muncie, IN, Rev. Tracy Paschke-Johannes joined the LEAD staff in 2015. During her time in parish ministry, she spent much of her time working to assist those impacted by poverty, she saw the struggles of those seeking resources to survive day to day. Recognizing these struggles were not due to a lack of resources in the community, but due to systems of injustice that empowered the wealthy and oppressed the vulnerable, Pastor Tracy decided to shift her work and calling to focus on justice ministry. She looks forward to working with congregations as they live out the God's call bring forth justice.

Rev. Paschke-Johannes received her Masters of Divinity from Luther Seminary in St. Paul, MN. She also holds a Masters of Arts degree in Communication from Ball State University, Muncie, IN. From 2012-2014 she was a fellow in the Eli Lilly funded Wabash Pastoral Leaders program. The program brings together young pastors to build leadership skills and encourage congregational involvement in the community. Pastor Tracy and her husband Jeff have two children--Shahra and Samuel.